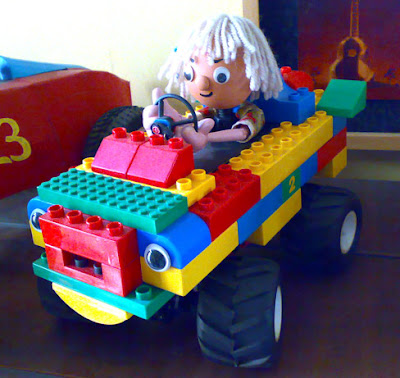 Hi Fangsters, and welcome to the show.
Well our second season of Fango Fables (on Warp TV) has just finished on TVS and Ch31 Melbourne, and the ratings were most encouraging. 34,400 on Ch31(audited) is pretty darn good, a Top Rating Show no less! and I wish that TVS had audited ratings as well.
Modest numbers by commercial broadcast standards obviously, but we actually had the highest average reach of any show on CH31 for Thursdays in July 2009.

The show was broadcast at 8.30-9pm therefore is true to say we had a

Here's my latest film "Plectrum", which is the first time I've tried to apply story theory to a film, and I'm quite happy with Marty's movements and emotional range, though there's a long way to go in all areas of production.

I've now got Marty a fabbo collection of beautiful scale instruments, though of course, as far as the films go, they're nothing without a story. 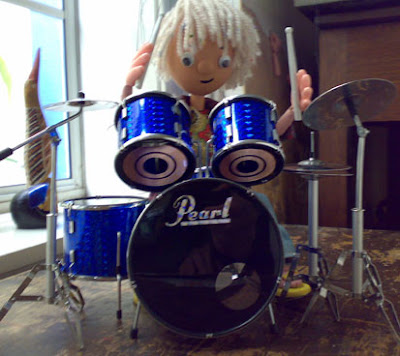 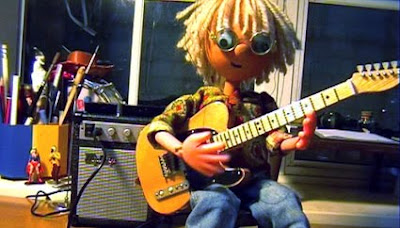 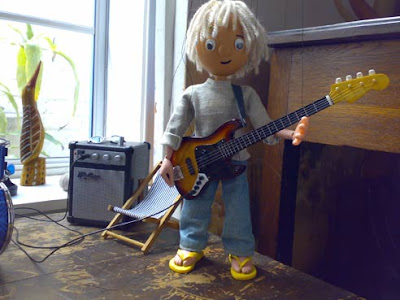 Here's the screen test of Marty in Fanging about mode.

I've been carving a new marionette, a girl called Grace, and it's as if I'm being directed by a higher force.
She's coming together quite quickly, though there's a heap of finessing to be done re. eyes, clothing, stringing etc. 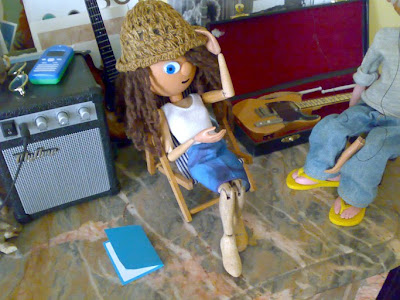 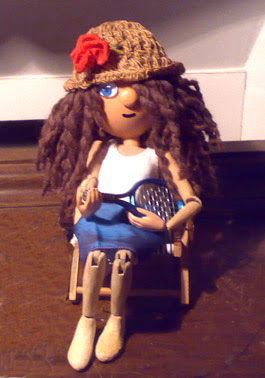 A lot of marionette co-incidences are happening around me at the moment. I went to "Billy Twinkle" the stage show by Ronnie Burkett, nice puppets, but it was too show-offy or something, more a show about puppets than a story told by puppets. Anyway, I still found it very inspiring, and useful, to be in the first row eyeing off his puppet construction, stringing and controllers.
Then "The Sound of Music" popped up on TV on Sunday and the emotional impact was extraordinary. Not so much "The lonely Goatherd"( here's the only one I could find in English, but it has lyrics, so SING-A-LONG, you know you want to)

...as the places where music itself bought about plot turns, hope and redemption. A huge lump in the throat, and tears in the eyes, just shaking my head going "how the heck did they do that to me"?

This re-inforced for me the primacy of music as an emotional trigger in film, when it's used to it's full potential.

I then came across the production "The Grimstones", a stage show by a deaf Melbourne girl going by the name of Asphyxia featuring her marionettes, which again carries enormous emotional force.
I discovered her work a couple of years ago when first trying to get Marty to paint. I typed "marionette painting" into YouTube and blow me down, there it was, a marionette painting! And it was by an Australian girl working in Melbourne.
She's a really intriguing and admirable character, worth exploring her website.
http://fixiefoo.typepad.com/thegrimstones/index.htm
So very inspiring!
I've also just discovered the Handspring Puppet theatre from Sth. Africa and their beautiful large horse puppets, extraordinary, and by all accounts, producing an intense emotional response in their audiences.
Tooling around with the idea of a kids (of all ages) TV show "Marty and Grace", with segments "Getting Arty with Marty" where he makes art and music, and Gracey makes and edits little films, and "Fango Fables" is a show that Marty loves to watch on tv, like the Simpsons kids love to watch "Itchy and Scratchy".


It actually feels like something's going to happen pretty soon re Fango Fables, the stars are aligning, all those sort of things. The difference is, I'm actually ready now, when I most definitely have not been up to this point.
And here's my first Fango film, from 2005, filmed mostly in the park around the corner, which is the only film in which Peppi appears. She's been the most challenging "puppet" to bring into being. Lucky I'm a patient man.
Better get on with it then.
Fang on, Jock
Posted by jock alexander at 12:42 pm